(A) Your hair is too long; it is right time you had a haircut.

It is(was) high/about time that S V-ed /S should VR.

(B) This year, they harvested three times much as what they did last year. 英文分數表示法英文倍數 notes (本站連結)

They harvested three times as much as what they did last year.

(C) Lisa was furious when she saw his boyfriend holding another

(D) Despite buying a new computer, Terry still doesn’t have

(A) The dog walked over to me with his tail wagging. (主動V-ing)

(B) There is no denying that Leonardo da Vinci is indeed a versatile genius.

(C) This morning, a flock of birds sat on a fence as if having waited for a long time.

(D) Had Peter fastened his seat belt yesterday, he might not have so

If Peter had fastened his seat belt yesterday, he had not so serious injuries. (與現反)

(A) Should my sister call me, tell her I’m in the middle of the meeting.

(B) To get rid of your headache, all you have to do is taking the magic pill.

All you have to do is to VR.

(D) But for my mentor’s support, I might have given up my decision on studying abroad. But for N(要不是~) 與過去事實相反 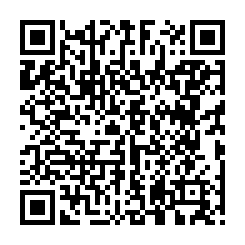