His eldest son is the oldest student in our school.

My sweater is older than yours.

The Internet will give you the latest news.(網路會提供你最新的消息。)

He will be free in the latter part of the week.(他本週的下半周有空。)

His latest book may be his last book.(他最近出的書可能是他最後的書了。)

I have nothing further to say on the subject.(對於這個主題我沒有什麼要講的了。)

Have you any further need of me?(你還有要我幫忙的嗎？)

Jack is as tall as David.

Jack is as handsome as David.

Jack has as much money as David.

Jack is taller than David.

Jack is more handsome than David.

Jack has more money than David.

Jack is less tall than David.

Jack is less handsome than David.

Jack has less money than David.

The small box is heavier than the big box.

A computer is more expensive than a bicycle.

You are taller than I am.  (此處不得用受格)

I like you better than he (likes you). 與主格比較

(X) Your pencil is longer than I / me. 人與物比較

(O) Your pencil is longer than mine.(=my pencil.)

(X) Taipei is bigger than all the cities in Taiwan.所有城市包含Taipei

(X) Taipei is bigger than any city in Taiwan.任何城市包含Taipei

(O) Taipei is bigger than all the other cities in Taiwan. 所有/任何其他城市

(O) Taipei is bigger than any other city in Taiwan.   則不包含Taipei

(O) New York is bigger than all the cities/ any city in Taiwan. New York 不在台灣

Who is taller, Tom or John?

Which is more expensive, a bicycle or a computer?

Tom is the taller of the two. = Tom is taller than the other boy.

This jacket is the more expensive of the two.

= This jacket is more expensive than the other one.

Tom is much taller than Jack. (Tom比Jack高多了。)

A compute is much more expensive than a bicycle.

In summer, the days become longer and longer.

We have more and more tests at school now.

She likes eating fast food and is growing fatter and fatter.

English becomes more and more important in our daily life.

There will be less and less pollution if everyone helps to save our earth.

After a typhoon, the vegetables become more and more expensive.

As we grow up, we will become less and less happy.

He became less and less careful on his work and finally was fired.

The more he reads, the less the understands.(他越讀越不明白。)

The older we grow, the poor our memory will become.(年紀越大，記憶力越差。)

＊Jack is not as tall as Tom. --Tom is taller than Jack. = Jack is shorter than Tom.

I don’t have as many books as you. --You have more books than I.

= I have fewer books than you.

This car isn’t as expensive as that one. --That car is more expensive than this one.

= This car is cheaper than that one.

I didn’t come earlier than you. We may come here at the same time.

I don’t have more pens than you. Maybe I have as many pens as you.

The elephant is the biggest animal in the zoo.

Helen is the most active student in my class.

Who is the tallest, Tom, Jack, or David?

Which is the most expensive, a bicycle, a motorcycle, or a car?

Tom is the tallest of the three boys. = Tom is taller than the other two boys.

This one is the most expensive of all the cars in the store.

Of all the girls in my class, Helen is the most active.

Of all my friends, Tom is the most important one to me.

Love River is one of the most beautiful rivers in Taiwan.

Mark is one of the best students in my class.

This is the longest train that I have ever seen. (這是我見過最長的火車。)

This is the most interesting book that I have ever read.( 這是我看過有趣的書。)

This is the least useful tool in the world.(這是世界上最無用的一個工具。)

He is the least ambitious man that I have ever known.(他是我所知道的最沒有抱負的人。)

＊Taipei is the biggest city in Taiwan.

= Taipei is bigger than any other city in Taiwan.

= Taipei is bigger than all the other cities in Taiwan.

= No other city in Taiwan is as big as Taipei.

= No other cities in Taiwan are as big as Taipei.

＊Time is the most important of all things.

= Time is more important than any other thing.

= Nothing is more important than time.

= Nothing is so important as time.

John is taller than any other student in his class.

=John is taller than every other student in his class.

= John is taller than all the other students in his class.

=John is taller than anyone else in his class.

=John is taller than everyone else in his class.

修飾原級形容詞: very  so  quite pretty

I am a little heavier than Helen. 我比Helen胖一點

Cindy is older than I (am).

Cindy ran faster than I (did).

Cindy is senior to me.

be senior to = be older than（地位高的、年長的、高級的）

be junior to = be younger than（年少的；後進的；下級的）,

be superior to = be better than（優於；地位高的；上層的；上好的；出眾的）

be inferior to = be worse than (劣於；較低的；次等的；不如的；下級的）,

be prior to = be earlier than（早於；優先的；在前的；更重要的）

be posterior to = be later than（晚於；後面的、後部的、隨後的）,

prefer to rather than 文法 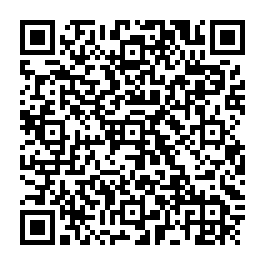